How To Unlock: Find 13 Standing Stones.

There are 13 “standing stones” in all, which allows your character to carry one blessing with them until they overwrite it at another stone. Simply walk up to them, activate them and they the effects of it will work for you.

Before I delve into the locations, it’s worth noting that I hadn’t visited all 13 when I got the achievement, so I assume it counted every time I revisted them. Regardless, the locations of the 13 are as follows:

East of Whiterun slightly south of the river, between Whiterun and Valtheim Towers.

The best way to describe this is between Riften and Windhelm, in the marshland. It’s closer to Windhelm than Riften and just the otherside of the mountain range in between the two. It’s near the Eldergleam Sanctuary and the Darkwater Crossing (by the river) to the east of the two.

South of Riften, in the small mountain in the middle before the big mountain range to the south.

On the tip of the highest mountain to the mountain, northwest of Solitude.

In the lake to the west of Riverwood is a small island where you’ll find this stone.

Just south of Solitude, on an island in the small water marshland, you’ll find this stone.

Smack bang in the middle of Winterhold and Dawnstar, up on a mountain.The Lover Stone – All skills improve faster. Directly east of Markarth, about one fifth of the way to Solitude.

Southwest of Dawnstar in the mountain range, on the northern peak.

Directly east of Winterhold and north of Windhelm. In the sea on a floating iceberg of sorts. 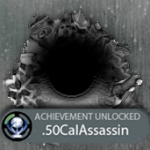